Days of Blood and Starlight - by Laini Taylor 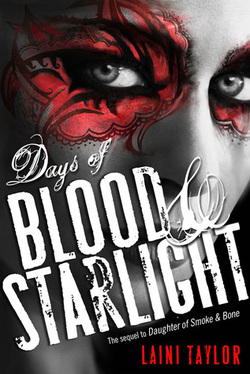 So, I am glad that I decided to keep reading this series.  I wasn't sure if I was going to after finishing the first book.  Don't get me wrong - I enjoyed the first book to some degree and I think the four star rating I gave it was deserved.

This book, however, was SO much better.  I felt as though the focus shifted from Karou's and Akiva's romance to the over-arching plot line of the race war between the seraphim and chimaera.  I enjoyed that other characters were developed further and the plot didn't just revolve around Karou/Madrigal and Akiva.  The author even found ways to make Brimstone still feel like a viable character (which I am glad of - he was one of the best parts of the first book).

While I was rather ambivalent about continuing the series after the first book, I now need to pick up the third book when it is released.