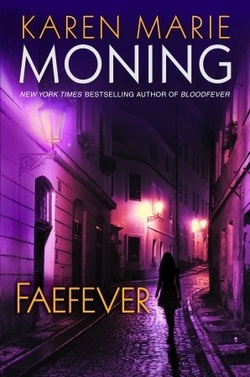 ...and the series keeps on delivering. Not sure what else I can say about it. If you liked the earlier novels then pick up Faefever AND Dreamfever - you're going to want to know what happens next after Faefever asap!

This installment of the Fever series digs even deeper into the characters and the world. I don't like encountering spoilers in reviews, so I won't spoil anything about the major plot arcs HOWEVER [I still have no idea what Barrons is...and I am growing slightly concerned KMM may not reveal his identity in the series].