Facing the Music by Nick Carter 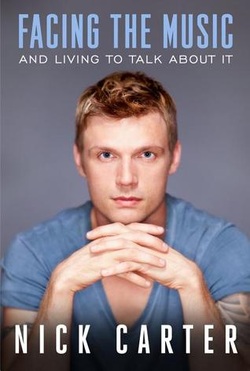 Let me preface this review by saying: I have been a fan of the Backstreet Boys since they released their very first single "We've Got It Goin' On" on cassette tape back in the day. I must have worn that cassette tape out waiting for them to come back to the states and make/release their full album. I still treasure my signed group picture. And while my taste in music has grown over the years, BSB still holds a special nostalgic place in my heart.

This was a horrible book. Keep reading, please --> it is NOT horrible because of what Nick has been through. I commend him for overcoming his trials and having the courage to discuss them publicly. And I am NOT passing judgement on him or what he has done over the years in any way.

No, this was a horrible book for a couple of reasons:

1. This book didn't know what it wanted to be -- a self-help book or an auto-biography. It kept jumping around...one paragraph would be Nick discussing his childhood and then it would awkwardly morph into how you can lift yourself out of a downward spiral/drug abuse. I felt this book would have been better served if it had EITHER been an auto-biography with a chapter on self-help OR a self-help book with a few auto-biographical anecdotes thrown in the mix. As it stands, the book seems jumbled.

2. It's apparent that Nick is a musician and not a natural writer. The book doesn't read well and random slang thrown into the text gives it a jarring feel (to use slang myself - this book was a hot mess). There is a lot of repetition in the book as well which makes it rather tedious.

3. Most of the sources he used were websites...not to go all academic snob or anything, but (as a history grad student) if I were to turn a paper in to my professor and I used mostly websites and maybe two physical books...well, the results would NOT be pretty. I'm not saying he has to use primary sources or anything...but go to the library...request a book...utilize a better source than the Huffington Post.

3. He's still untested as far as his rehabilitation goes so it seems premature of him to give self-help advice. Again, please keep reading --> I'm not saying that his rehabilitation is false or temporary or, again, that what he has accomplished in kicking drugs and alcohol is trivial. It's not. Anyone who can overcome those trials is amazing and deserves to be commended. It's just that with so recent a recovery, it's hard not to be cautious with viewing his rehabilitation. At the end of the book he talks of his and his fiancee's devotion to exercise and health - almost obsessively so. It comes across as though he is replacing his previous drug and alcohol addictions with an obsessive addiction to exercise which makes one think he hasn't truly conquered the fundamentals of addiction. To replace one addiction with another does not mean one is rehabilitated (even if the new addiction is healthy) because you are still dealing with the same issues, just using a different medium to cope. All that to say - it seems awfully soon to write a self-help book.

So, I give this book two gnomes --> one for nostalgia and one because of what he has overcome. No stars for the actual book itself because it just doesn't "Have It Goin' On".

[I received an ARC of this title from Netgalley in exchange for an honest review.  I was not financially compensated in any way.] 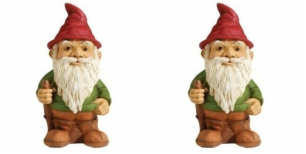